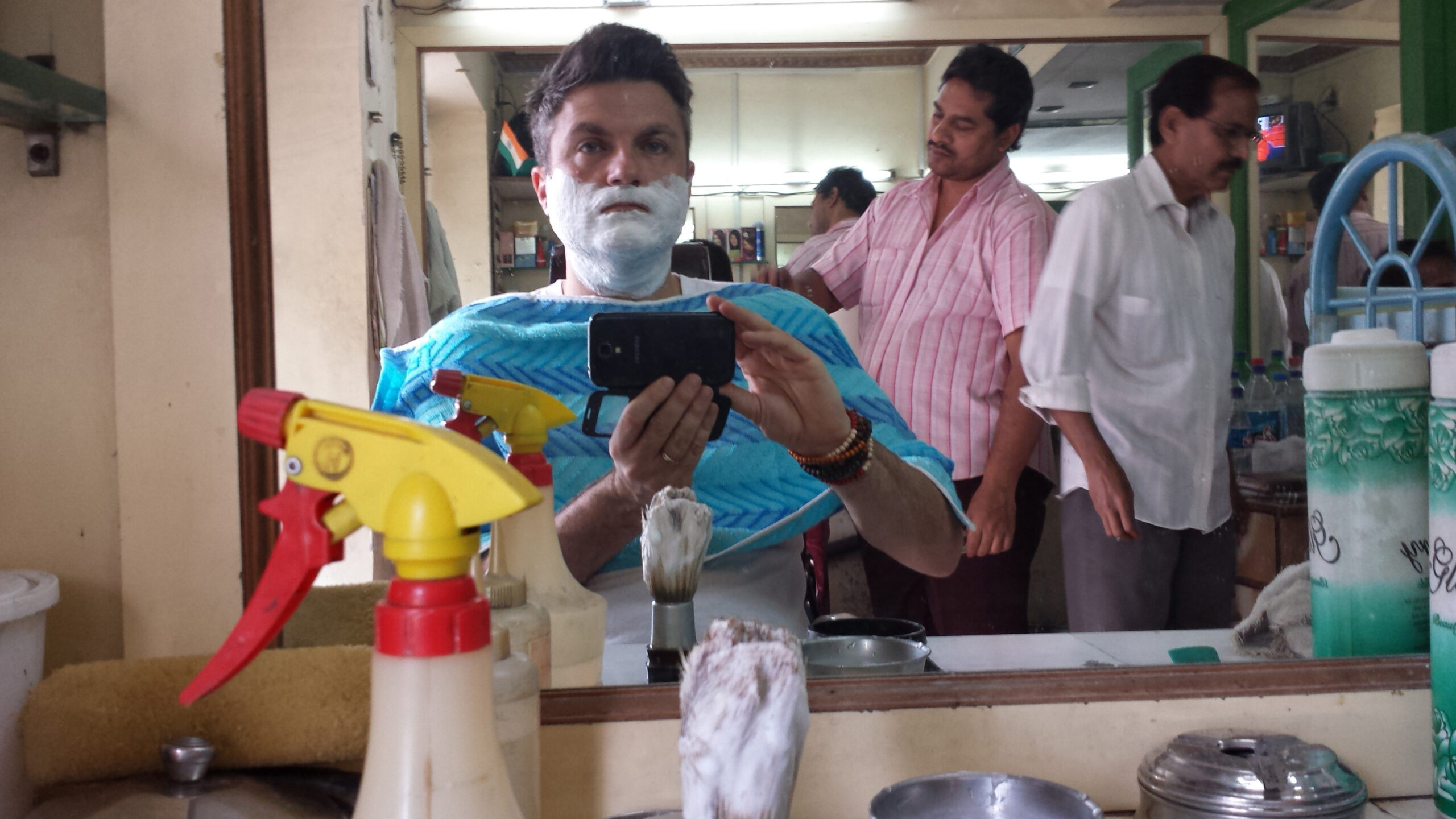 This post is a complete rip off from Gear Patrol’s essay titled, The Best Shave I Ever Had. I’m a big fan of their site and as I read this essay, it got me thinking about the wet shaves I’ve had in Palermo, Capri, Kusadasi, Indianapolis, Goa, and Mumbai. So this is my experience sitting in the chair, with a tip of the hat to Jeremy Berger at Gear Patrol.

I take shaving very seriously. Why? Because I hate having to do it. So, when I do have to, I make sure it’s done well. At home, I use Harry’s shaving products. It’s the best stuff I’ve found and gives me the cleanest, closest shave. Anything I can do to delay this activity helps. 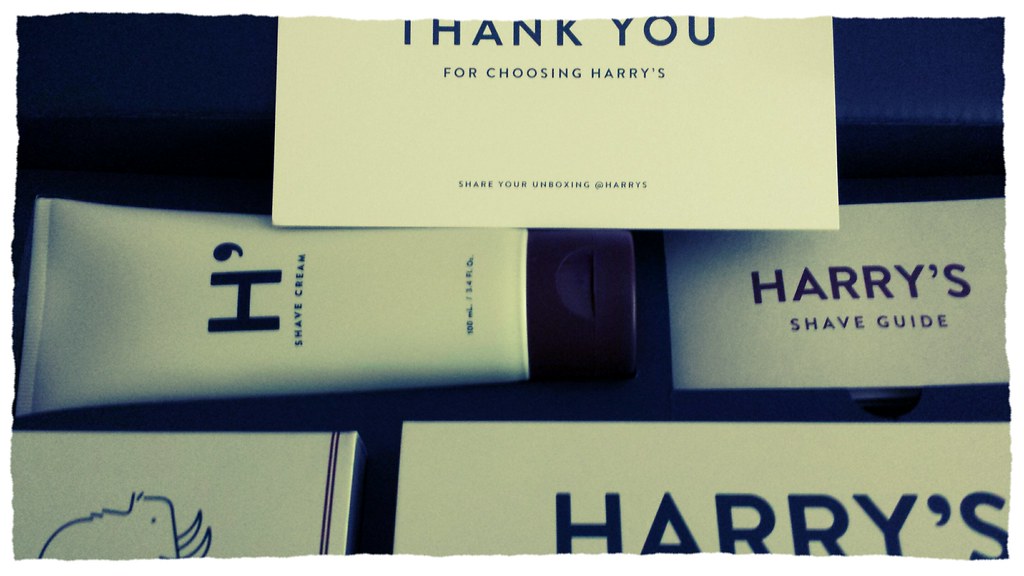 When traveling I tend to shave less (unless it is work related). Abroad, I like to let the stubble settle in, and then I head to an old school barber shop. It’s always a man, with a no no nonsense approach and enough years at the chair to deal with any face shape or size.

The wet shaves I had in Capri and Indianapolis were terrible. There were patches of hair still left. I basically went home and shaved again.

But the one I had in Mumbai was unforgettable and superb.

It started with several rounds of lathering. Then a double wet shave. This man had an eye for detail and I knew I’d be leaving with a superior shave. After the double shave, I was lathered again with a variety of creams, ointments and concoctions. I got the feeling that some of these were homemade, some of them very old, and some of them now possibly banned in other countries. But sitting in that chair, what are you doing to do? I looked for an allergic reaction or rash, but all was clear.

After this hydration approach, I was given a face massage by hand. Which felt great. Then my barber strapped what looked like a palm sander to the back of his hand, plugged it in and then he palmed my face. This palm sander, muscle car carburetor or whatever it was, caused an incredibly intense, probing vibration to my cranium, sinuses, nasal passage and eye sockets. At one point, I thought my nose would break. But, as mentioned in the previous paragraph, you’re in the chair. This massage was more akin to torture than therapy. I was so pleased when it ended.

But the massages continued.

This time to the my head. Fortunately this did not involve any gadgets. Instead, it consisted of him feverishly scratching my scalp with his finger nails. It was like watching a cat with fleas. And my head burned. My barber was also not too impressed with my bouffon, barnet or hair style. The massage also included a makeover. And he immediately dispensed some new products into my hair, wielding a comb, something my head only sees at a salon back home. He worked his magic and made me look like an Ivy League prep boy. Which was fine.

Was I done? No. One last act to this marvelous play. Clean shaven, sculpted hair? There was only one thing missing. A splash of Old Spice.

The smells from childhood overwhelmed me, but the sting of Old Spice brought me back to reality. I paid and tipped my barber (something like $5 total) and headed back into the frenetic streets of Mumbai. With the best shave of my life. See for yourself. 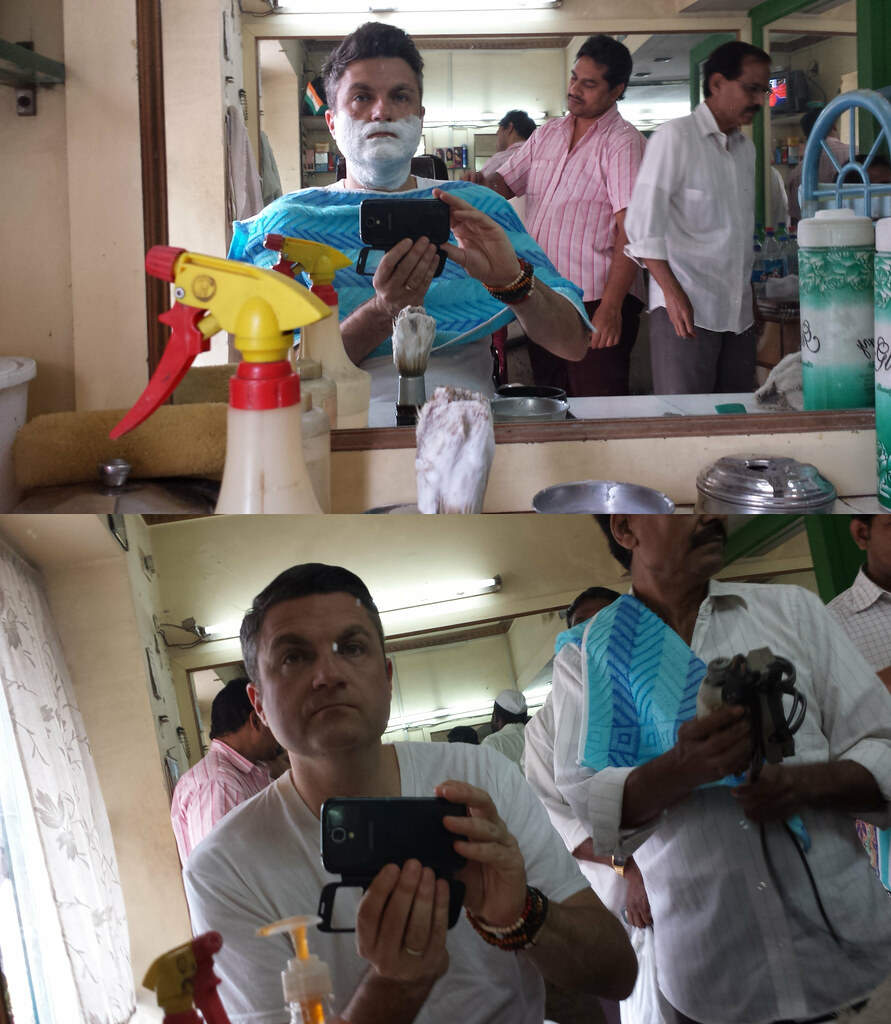