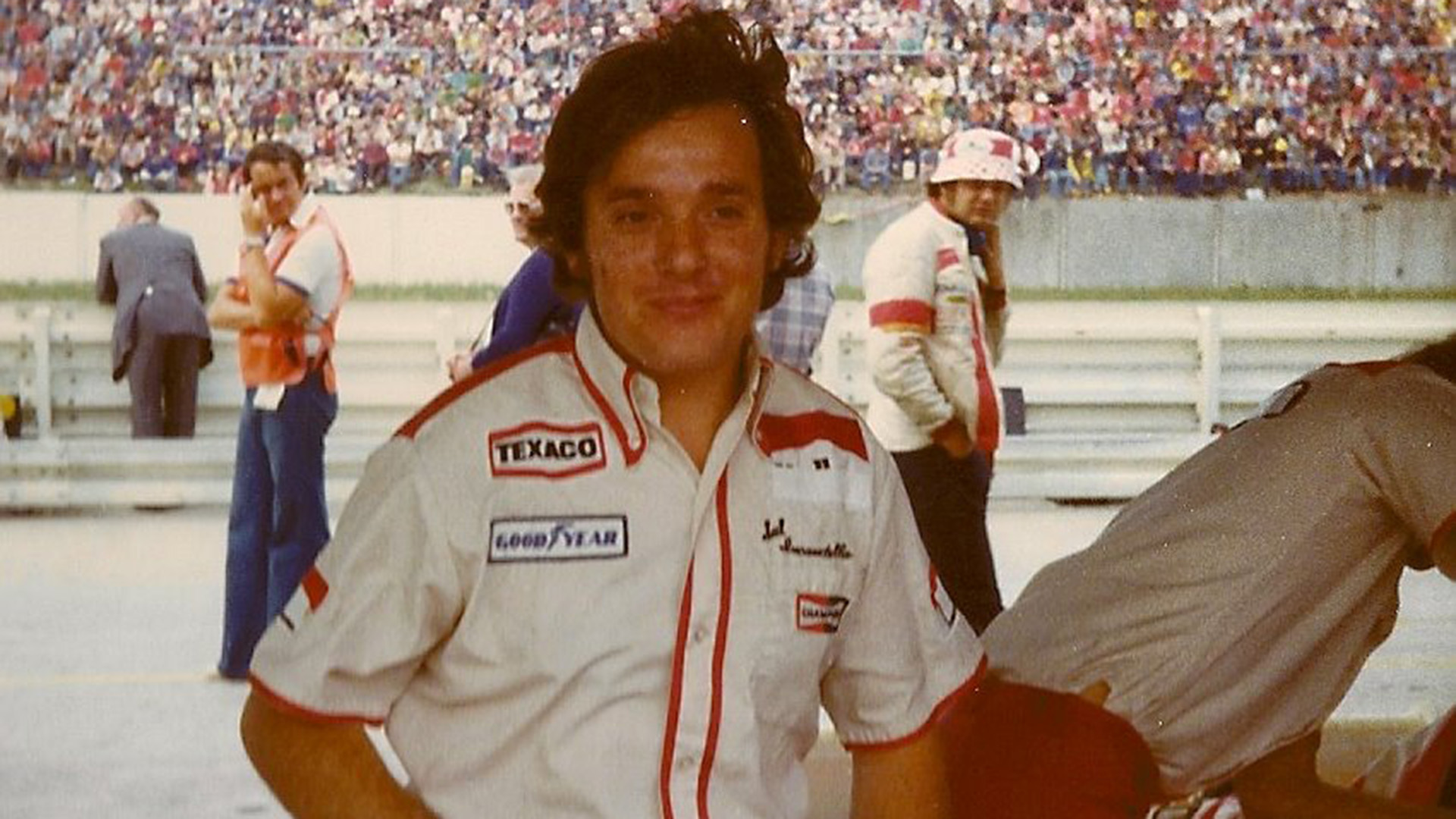 That’s a quote from my dad, reflecting on his time spent in Formula One during the 1970’s.

Before he passed away in October of 2011, he and I are started a project together. I had already written a fair amount about him and motorsports, so I asked him if I could start writing a series of articles on his career. I was especially interested in his time in Europe with Formula One – traveling all over the world, working with the likes of Nelson Piquet, James Hunt, Jochen Mass, and Ricardo Patrese. As a child, I’d watch the races hoping to see him during a pit stop with my mum and then lay in bed that night hoping to hear when he walked in the door. He’d often return with gifts – racing posters, decals, badges or a hat.

My dad agreed to the project and I emailed about 15 questions.

He died shortly thereafter, but he had recorded one tape for me. A year and a half later, I conjured up the courage to listen to it.

It was nice to hear his voice. It was sad, but really special. It felt like a conversation. But I definitely wanted more.

He answered almost all of my questions about his Formula One experience in the 70’s. He had come a long way from racing go carts with his brother Angelo. It was clear that racing was in his blood. If you’ve spent anytime around motorsports, you’ve most likely seen this in a lot of people. To quote my dad, it was “all he wanted to do.”

My dad was fortunate because he followed his heart. He loved racing as much as much as his family (including his grandson Oliver). He found his path as a teenager and never looked back. I’m sure he couldn’t picture himself doing anything else. And he knew he was lucky to break into Formula One. Back then it was near impossible. Today it’s near impossible. Some things never change.

He got started in motorsports with a French team called Pygmée that participated in Formula Renault, then F3, then F2. (It’s very hard to find anything on this team). Towards the end of his time there, a driver suggested he come work with him at Surtees, in Formula One.  I’m not sure which driver this is, but based on some research, I’d say it was Jochen Mass. After my father died, Jochen left a very nice note. What a quality person.

The key to any career is getting your foot in the door. Settled at Surtees, my dad went on to have a wonderful career with Copersucar-Fittipaldi (which didn’t sound all that good), Shadow, McLaren, Toleman and Brabham. His career spanned the early 70’s through the mid 80’s; including two World Championships with James Hunt in 1976 and Nelson Piquet in 1983.

I’ve had people that knew my dad send me photos of this time period. They’re priceless. You can see all of them here.

It was fascinating to hear some of his stories. He drove a mini cooper to Monza to interview with John Surtees for his first F1 job. He described it as “a dream.” He didn’t even speak English then. Fortunately, John Surtees knew Italian from his motorcycle days.

He rattled off all the places he’d been – Sweden, Argentina, Japan, USA, Holland, and many, many more. He talked of deplorable apartheid in South Africa and witnessing Tom Pryce die at Kyalami. He talked of his favorite tracks – Hockenheim and Paul Ricard. He talked of his love for traveling and the hours and hours he spent on a plane. He described an average day at the track, from wheeling the cars out of the transporter, to warming up the engine, to the cars pulling out of the garage an onto pit lane. It sounded like poetry.

He described removing the passenger seat of his car, so he could fit in his toolbox and move from France to England to start his F1 career.

I asked him what his professional goals were during this period. “To win the World Championship.” He won 2, but not without realizing how lucky he was to be in that position.

In terms of working for British teams, he spoke of their incredible ability to build outstanding race cars, and the importance of a good breakfast (ha). The Brits do enjoy a good, traditional breakfast.

He moved from McLaren to Toleman so he could spend more time writing his book. He would hand write everything and my mum would type it out.

According to my dad (and many, many others), Gordon Murray was a genius. At Brabham, he actually spent time talking to the mechanics about design ideas for the new chassis. He said “Gordon Murray designed the car for us (mechanics).”

My dad talked about reading every book and magazine prior to his F1 entry, thinking he knew a lot. When he arrived, he realized he knew nothing. It made me think how many times I’ve felt like that professionally. It also reminded me of a mantra I’ve been saying to myself recently: One of the keys to life. Be in completely over your head.

I wanted more from him. I wanted to hear more stories, more about the drivers, the funny stories, what was it like to drink champagne after winning, and some of his favorite memories. We would have got to that, but we didn’t.

I’m hoping more of my dad’s old friends, fellow mechanics and drivers continue to send me emails, or photos, or articles. It means so much to me and I love sharing them with my mum.

This is not the end. I originally wrote this post while my dad was alive for my son Oliver. I’m so glad I did, because it has turned into so much more. I think my dad loved Oliver more than Gordon Murray’s BT52.

This morning, Oliver and I woke up. grabbed a seat on the couch and watched the Australian Formula One Grand Prix. It’s our tradition and as it grows, he can look forward to hearing all of my dad’s stories.

Thank you so much for reading.