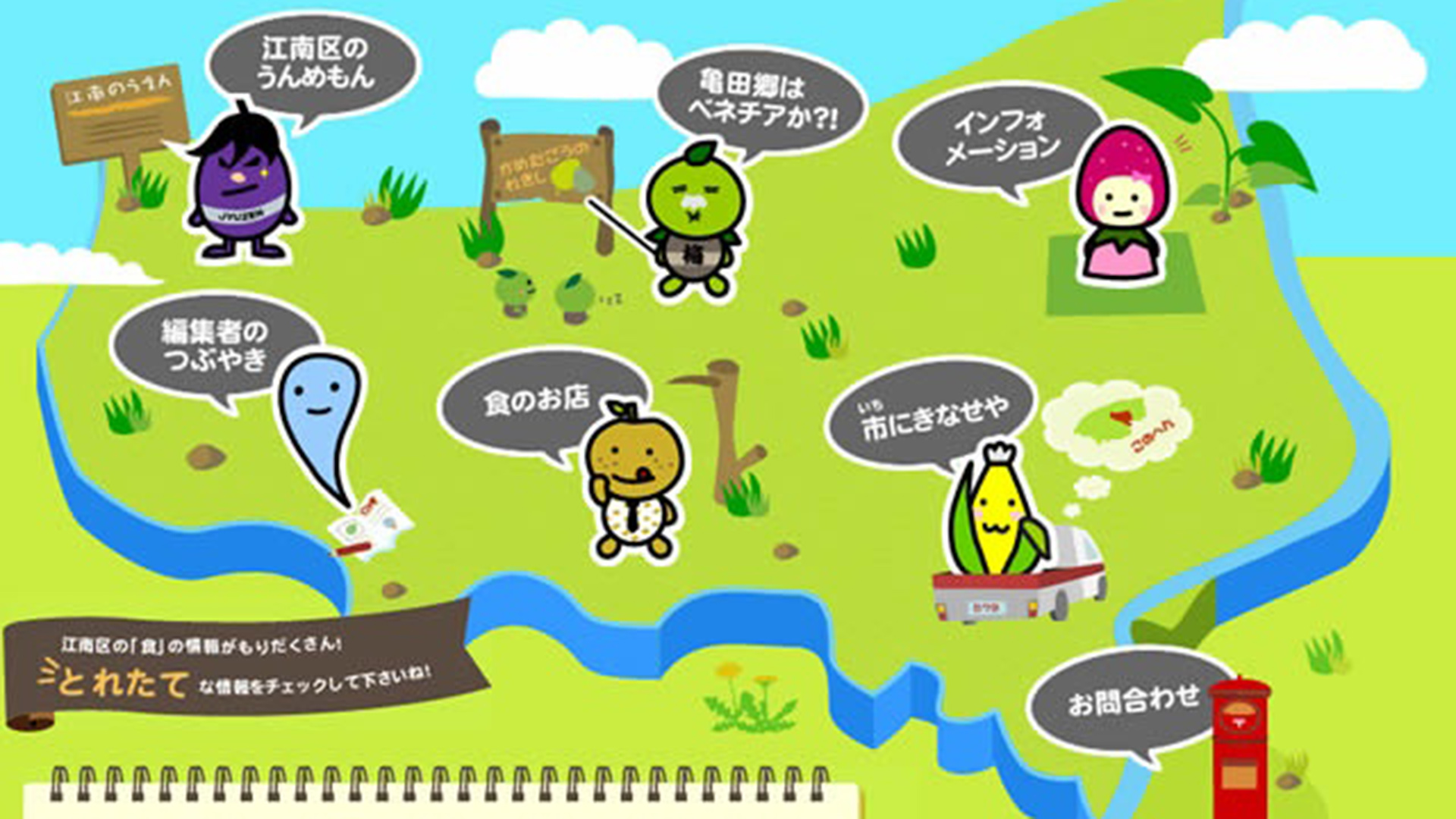 Boy do I sound ethnocentric.

Questionable web design occurs everywhere, and in the United States, it tends to remain conservative and safe. But bad design certainly doesn’t discriminate based on country, continent or language. It’s just some Japanese web sites possess the power to communicate such an awesome combination of frenzied, concentrated, intimidating, overwhelming, digital cuteness.

It’s like the Las Vegas Strip. Or a fully tattooed cuddly bear. Or spaghetti bolognese topped with whipped cream and a cherry.

Ignas Sakalauskas has tried to break down some of things influencing Japanese web design, in his article, Have Some Sushi – Slicing the Web Industry. Additionally, Jake Rocheleau discusses Flash, UI, and elements borrowed from gaming in, Examination of Japanese Website Design Trends. These are both really good starts, and better than my attempt, but there is still something cultural, human that influences the Japanese web experience.

I say this with as much admiration as constructive criticism, and I want to avoid sounding elitist.

Japan pioneered the use of data on personal devices. Back in the days of flip phones, complex email addresses, even appropriate uses of QR codes. It wasn’t long ago that Japan led the production and innovation of cell phones.

But things changed. And you’ll notice, so did Japanese websites.

Some things to note –

The Japanese design approach that served so well a few years ago, has evolved and transformed. Flash still influences Japanese sites, but it’s beginning to dwindle. The overcrowded aesthetic, previously used to maximize screen size and specific hardware, has given way to better brand experiences, more compelling photography and better use of increased screen resolution and the rise of tablets. Globalization has resulted in a synthesized approached to web design that has resulted in sites being decidedly Japanese in feel and design, but globally appealing.

As an observer this seems to be serving Japan very well. Conversely, as companies expand into Japan, these approaches and idiosyncrasies, should not be ignored. A complete US approach to digital and web communication would be ill advised. It needs the Japanese touch. It needs a little kawaii (kind of kidding). And it needs deference and respect towards the culture and history of their technology – after all, they actually made QR codes work. Who can say that?

In the meantime, I’ll continue to research Japanese Web Design, slowly learn the language, and continue to build collections of designs, here. And in my role professionally, I’ve got my fingers crossed that one day, I can lead the launch of a website in Japan. 虎穴に入らずんば虎子を得ず.