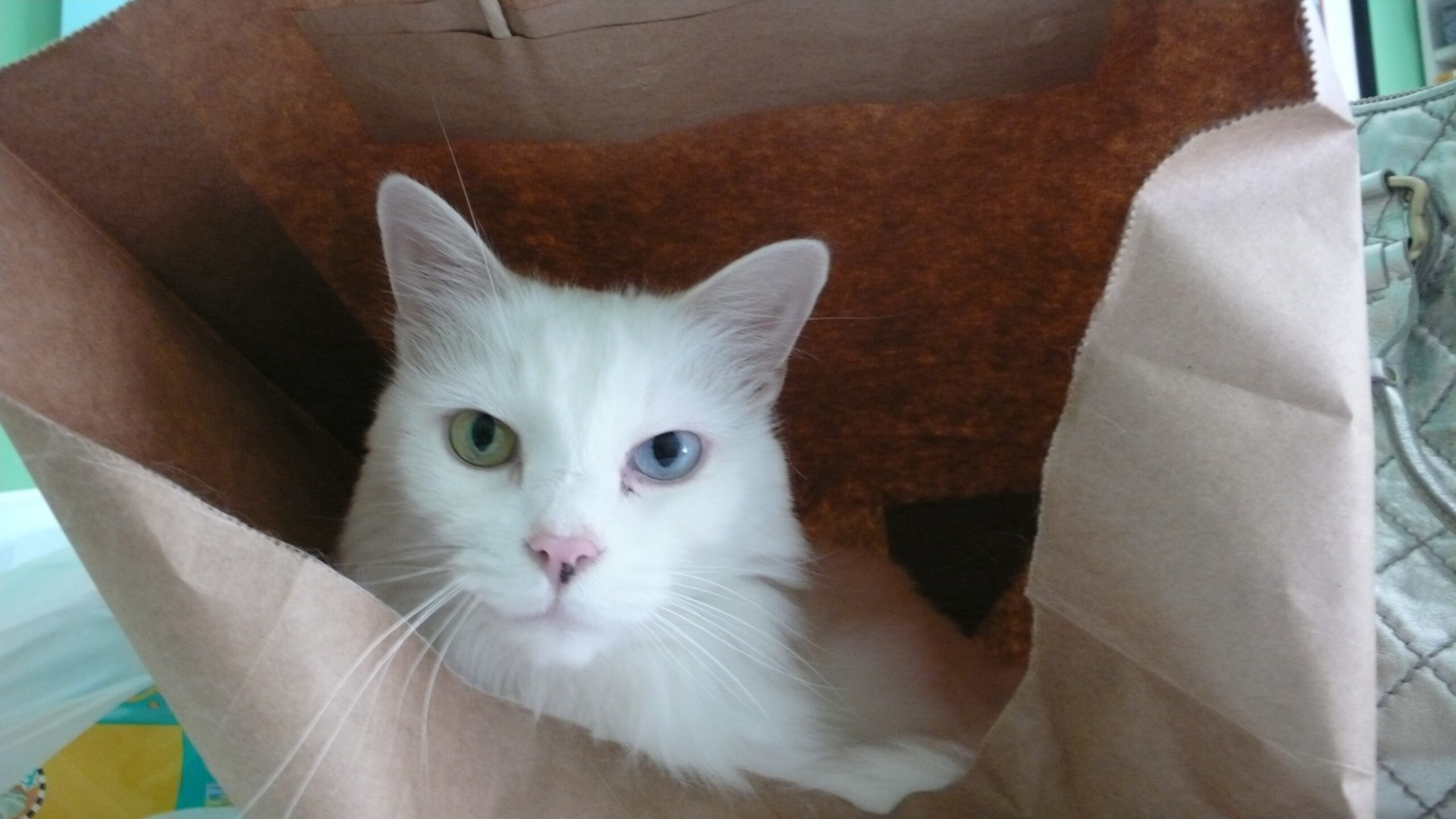 I believe cats to be spirits come to earth. A cat, I am sure, could walk on a cloud without coming through.
– Jules Verne.

Ludwig was born on October 26, 2000. I found him at the Humane Society. He was deaf, had two different colored eyes, carried a scruffy look about himself, was decidedly hyper and the most unique cat I had ever encountered. He seemed part cat, part monkey. What an ideal gift for Lea, I thought. As I was checking out at the Humane Society, I held out his crate and he jumped right in. It was meant to be.

Like most Scorpios, and cats, Ludwig was complicated. Incredibly affectionate one moment, dastardly the next. If cats had LinkedIn profiles, he would be endorsed in the following areas:

He considered himself a real DIY-selfer. Over the years, he showed real initiative in inspecting our roof, the innards of our basements, the interior ducts of our heating, the plumbing inside of walls, the furnace, and the removal of our kitchen ceiling. I remember pulling down the kitchen ceiling as old plaster, pipes and grime came crashing down on me and the floor. Ludwig was on the top rung of the ladder with me. Whenever we painted, he enjoyed some body painting. Or even better, paw painting.

Most often, contractors, friends, and inspectors loved his go-get-em spirit, but not always.  I actually had an electrician once turn in a furnace repair man for hitting Ludwig. Apparently he didn’t appreciate Ludwig’s persistence. He was fine, but we ended up with a significant discount after I confronted him. Thank you Luddy.

Ludwig found himself in a lot of trouble, often. Under a heavy couch once – thank you Iain. Crazily on the roof and saved by Barry. Locked in tiny closets for hours. Riding on the back of a small pug. Trying to trip me as I walked down the hall. Ascending any and all ladders. And interacting with our Roomba. In fact, he turned it on. Nothing phased him. Mischief isn’t always a bad thing.

Despite his spirit of adventure, danger and a fearless approach, he was incredibly compassionate, kind and patient with our son Oliver. Although Oliver was never rough with him, he still put up with our son’s fascination with his tail, sneaking up on him (he was deaf remember), and using his white fluffyness as a cushion. In fact, based on purr levels, I think Ludwig enjoyed all of it. Ollie would often wake up and ask where Ludwig was. He’d show up minutes later, purring and ready for action.

Ludwig and I had a very special relationship, very loving, antagonistic, spontaneous, and most of all, humorous. Even today, I’m not sure I’m a cat person. I’m a Ludwig person. Before any big presentation, an important life moment, or before leaving on a trip (which was often), I would rub his head for good luck. It seemed to help. He and I were connected.

He was always happy to see me return. Instant purring. Last weekend when I returned from Brazil, he let out a giant meow when I walked into the kitchen. He was sitting by his food bowl, and a wooden pull along Bee he had stolen from Oliver. That night he slept on top of me.

Ludwig died on Friday. Lea and I were with him, at home. His health was failing him. His life was not the same. He didn’t have another construction project in him. We couldn’t watch him suffer any more. Our house feels so empty. And our hearts ache.

“A cat has absolute emotional honesty: human beings, for one reason or another, may hide their feelings, but a cat does not.” Ernest Hemingway.

I miss him. Thank you Ludwig for being my best friend.

We’re now a one-pet family, with our fish, Captain Hook. His tribute to Ludwig might be slightly different.