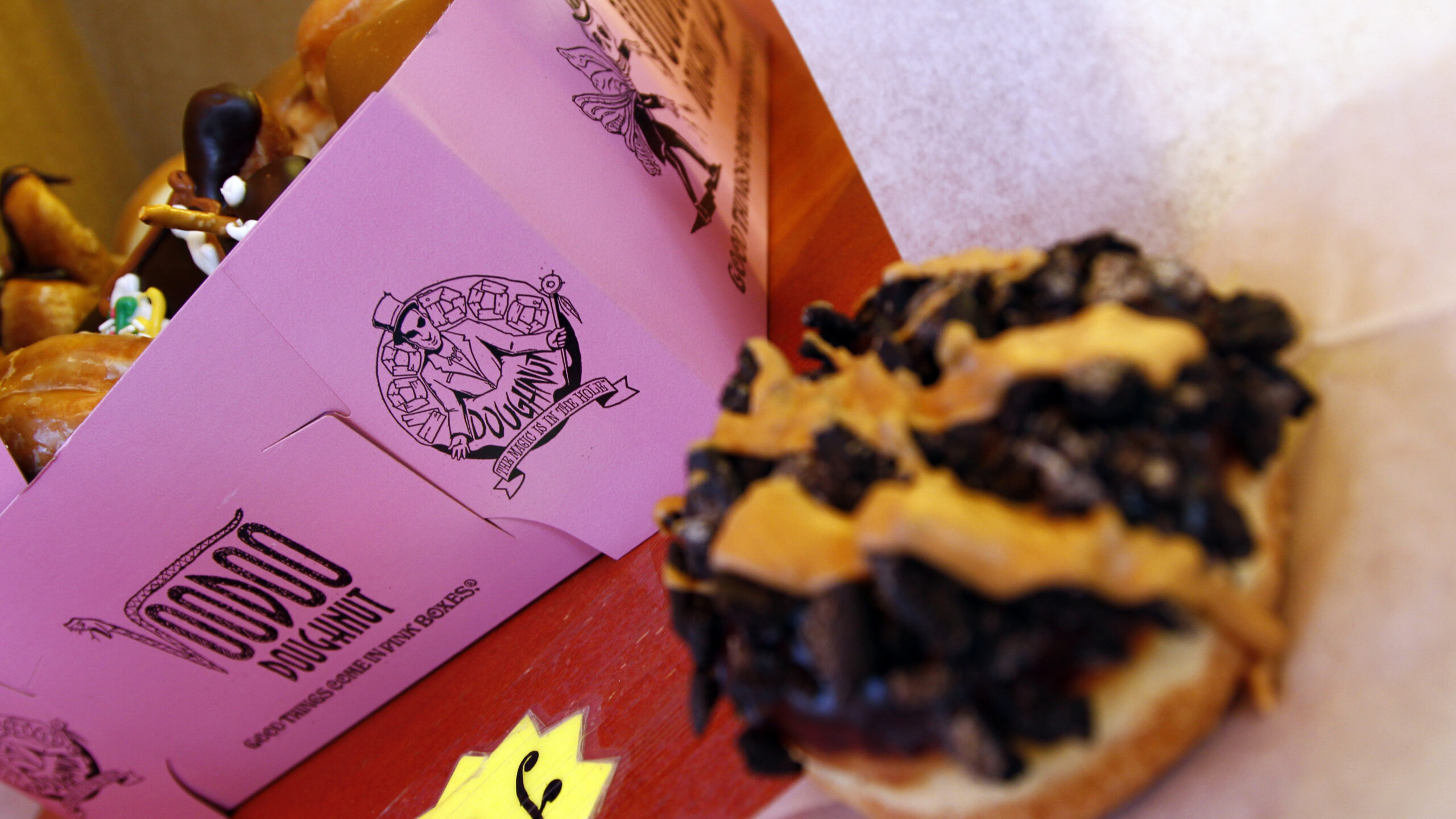 Indianapolis is a great donut or doughnut city. It has the basics covered – Krispy Kreme, Dunkin Donuts, countless grocery store versions and batting in the clean up spot (that’s baseball terminology for my international readers) we have Long’s Bakery. Just west of downtown Indy, Long’s has been around for decades and produces the perfectly, delightfully delicious glazed donut. My mouth is watering.

However. Portland on the left coast has Indy beat. They have a place called Voodoo Doughnut.

It lives up to it’s reputation.

I felt a little overwhelmed when I walked in – it was a combination of the decor, the visuals of all these donuts and the actual names. I was confronted with doughnuts titled Bacon Maple Bar, Triple Chocolate Penetration, Diablos Rex, Gay Bar, No Name and Cock and Balls to name a few. There are plenty more and I suggest you browse their menu.

You’ll be surprised to learn that I only bought one. But it was duesy. I asked what peanut butter options they had, and I must have entered a trance-like state as the woman behind the counter uttered some of the most beautiful words I’ve ever heard in my life –

I paid my $1.75, asked if I could take some photos and walked back onto the streets of Portland, passing by Chinatown, which all seem to make sense. And I inhaled the bastard. It was the greatest donut I had ever eaten.

From this point on in life, I’ll be looking for a better doughnut, but I’m not optimistic.

I felt like I had met my match. It reminded of the Johnny Cash lyric from A Boy Named Sue –

I tell ya, I’ve fought tougher men
But I really can’t remember when…

It just reminds me of that donut.

For someone that liked to change names often, I think Russell Tyrone Jones, aka, ODB, Osiris, Big Baby Jesus and so on, would be pretty proud.

Old Dirty Bastard is a legend.