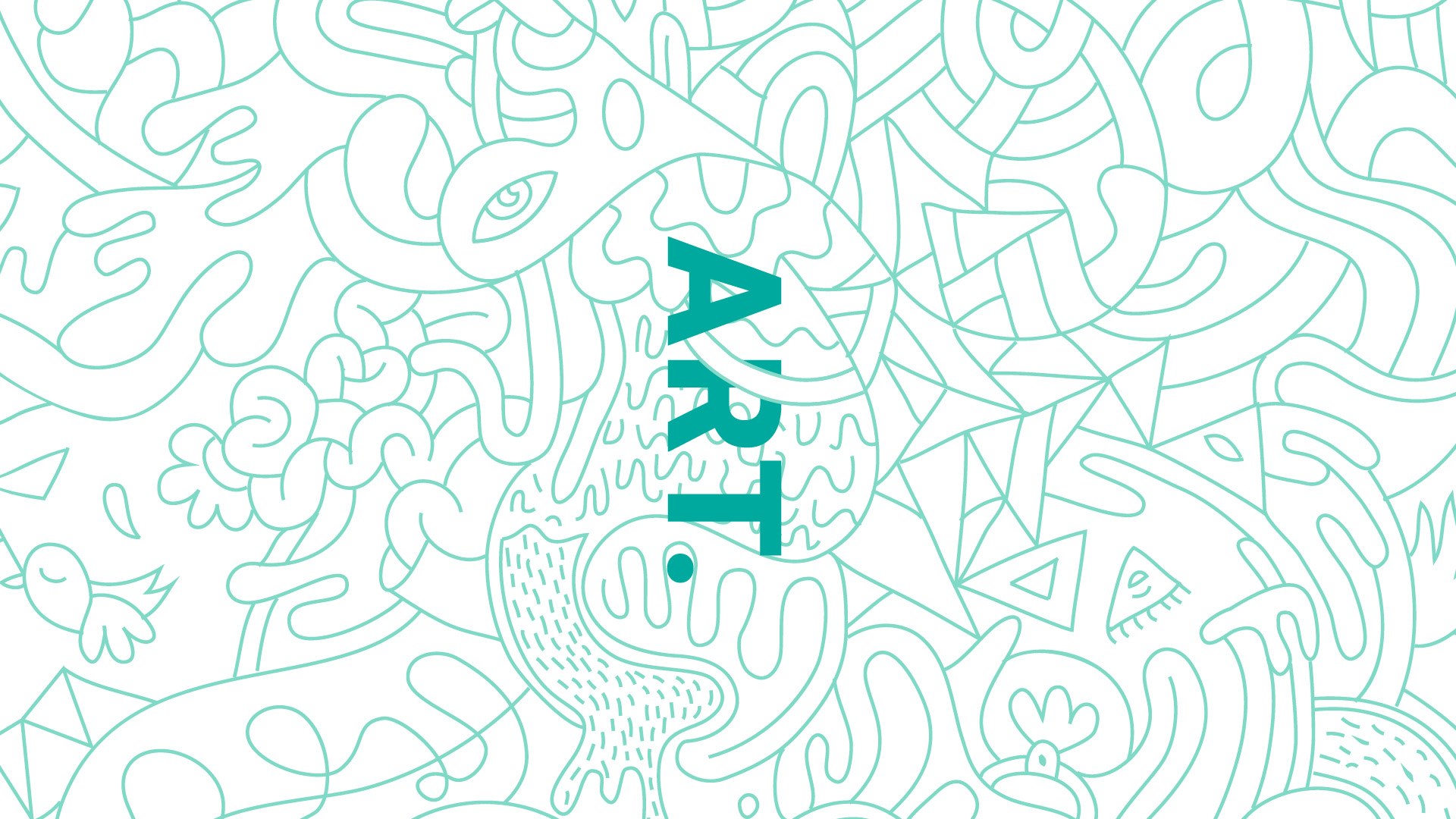 Variations of bowling have been around for centuries, dating way back to the Roman Empire, with different interpretations throughout the years, arriving at the 10-pin version people play today. It’s a game based on physics, precision, and force. The perfect game of 300 is rare, but it’s achievable. Bowling represents a true science – spin, velocity, angles, and so on. 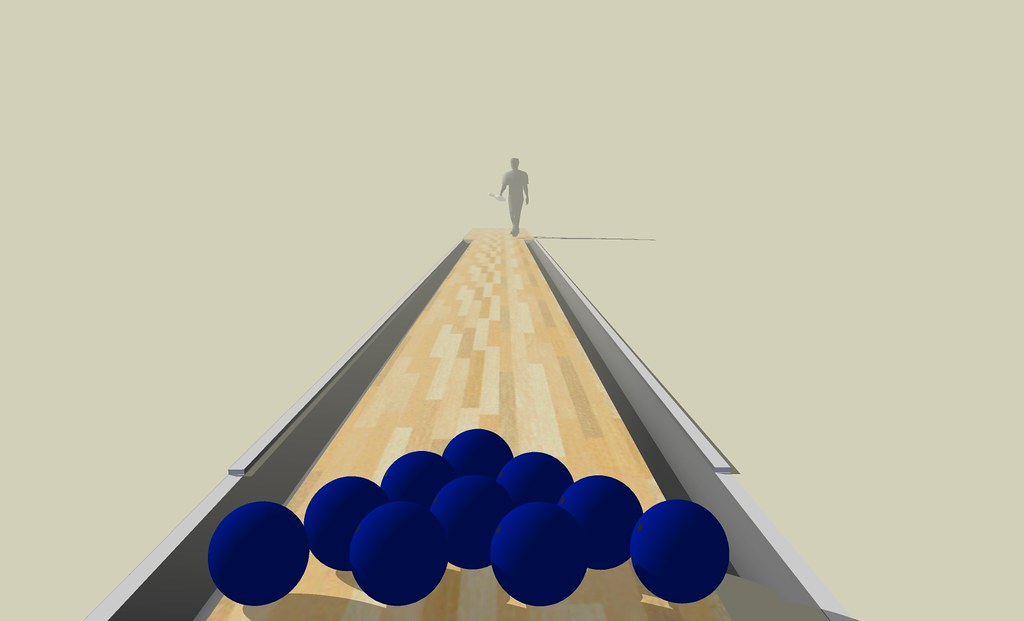 Ever since I watched The Big Lebowski, I’ve thought of bowling slightly differently.

The Coen Brothers shot a beautifully simple film. So much so, I now study bowling alleys in a new way, taking note of the bright lighting, reflections in the shiny floor or the mesmerizing spin of the ball. Their introduction of the film revealing the rolling ball’s point-of-view is still one of my favorite cinematic shots ever.

They showed me that bowling is an elegant movement of science. 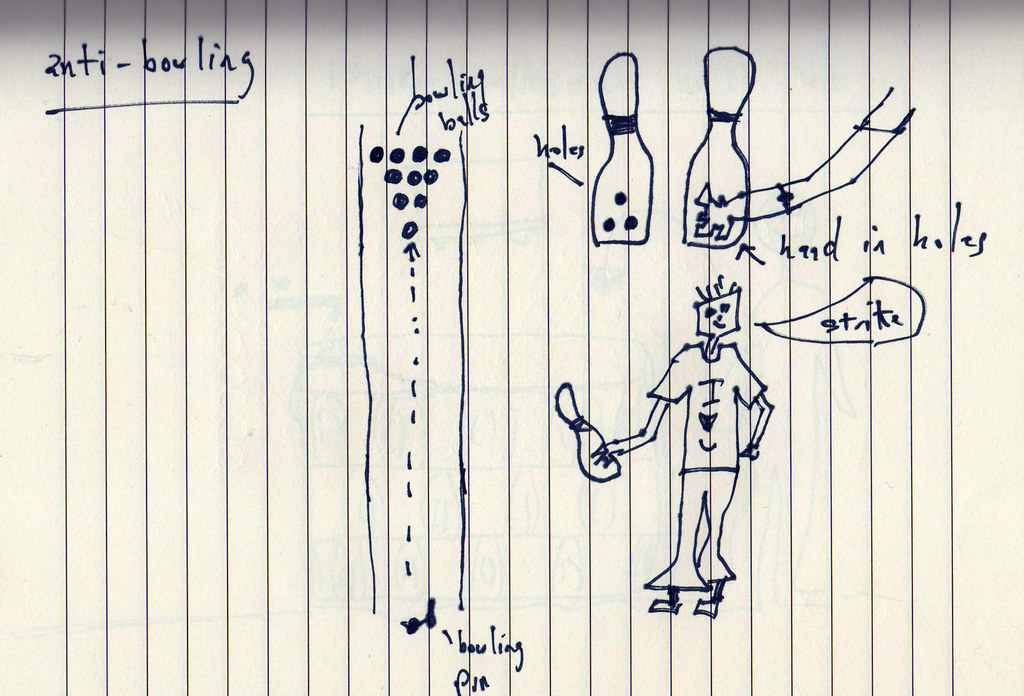 In no way, am I making statement against bowling with the title of this piece. I’m pro-bowling, despite being terrible at it in real life and in Wii. But I thought, what would be the opposite of bowling and still be bowling? This is what I came up with. It’s about shifting the reality slightly and what that can produce. It’s also about having a sense of humor and for this project, paying homage to the Coen Brothers (and a little bit of surrealism).

I thought of other sports I could apply this to, but none of them really worked the same way.

But, in theory, you could roll/throw a bowling pin at some bowling balls. In theory. 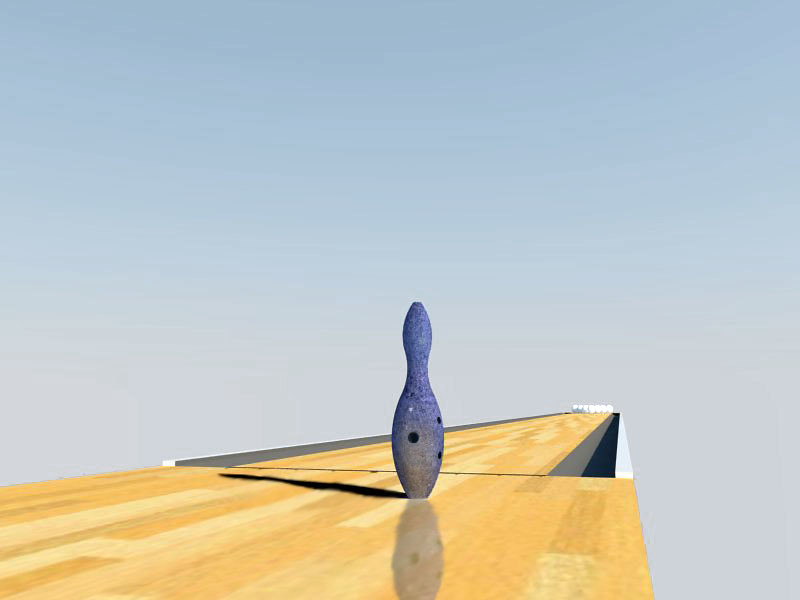 Immediately, this removes the science from bowling. Rolling, tossing or throwing the perfect game, could still happen, but it would be dependent on a lot of luck. There’s no way of predicting the reaction of the pin once it strikes the ground – or the balls. It’s chaos.

The chaos becomes the experience. It’s a test of patience and sanity. And for the observer, it creates a moment of hilarity. Or in the words of Andre Breton –

The man who cannot visualize a horse galloping on a tomato is an idiot.

Anti-Bowling is slightly surreal, but mostly inspired by humor. It’s the unscientific interpretation of something beautifully and perfectly scientific. It is by definition, anti-bowling.

What would your score be?