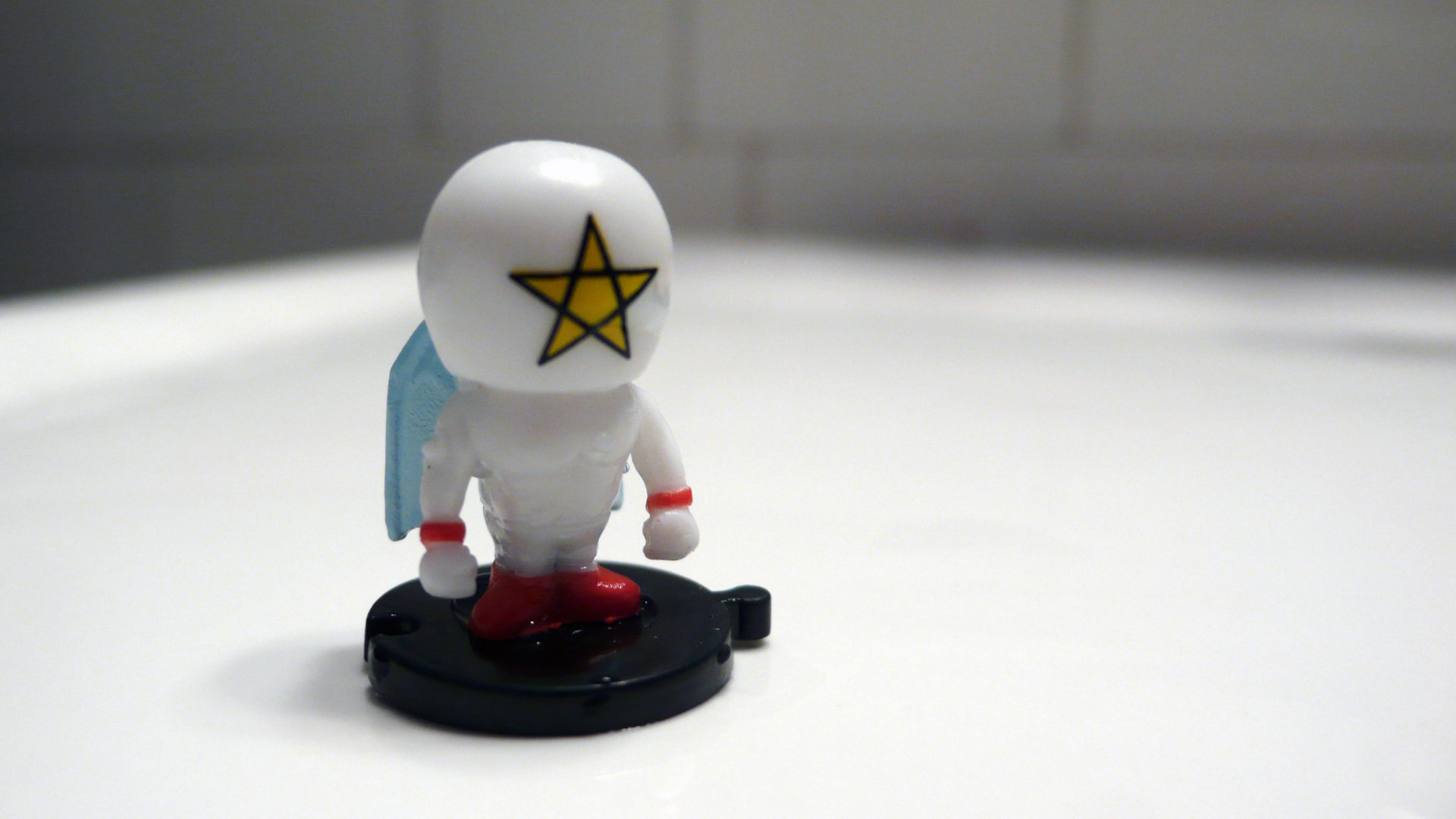 This past September on a free night in Utsunonmiya, I headed over to a mall hoping to snag some gifts (and dessert). I hit the gift jackpot – think Big Lots combined with Dollar General. It was incredible. I grabbed stuff for tons of people, but mostly for my son Oliver – a new lunchbox, chopsticks, stuffed animals, toys, animal crackers and so on. I also came across a big crazy bath ball. So of course I bought a couple. And yes, I ended up with some cake or pie or a donut.

The other night it was bath time for O and it seemed a good time to try out the bath ball. My wife wisely advised that it might be better doing a test first (and based on one of the stickers on the package, it does appear that you should in no way ingest this thing). So I dropped it in the sink as a tester. It looks strangely like something you would use to clean a toilet.

But as it dissolved, I noticed a small capsule treat emerge. That’s when I got excited. The deep, deep blue water gave way to a floating treat. A floating toy treat, from Japan.

And when I finally managed to get a hold of the slippery present, I pried it open like a kid on Christmas morning, my fingers a Smurf-blue, and discovered the coolest little toy. He was perfect.

I took tons of baths as a kid. And every now then I still hop in one (usually after playing soccer or a long run). Let’s face it, they’re fun. Now I’m obsessed with finding more of these types of bath toys. Maybe even one’s that aren’t toxic.

I have one more of these things left and I’m tempted to use it right now. But I’m going to save it for a rainy day. Just another reason to love Japan.

And boy do I love it.