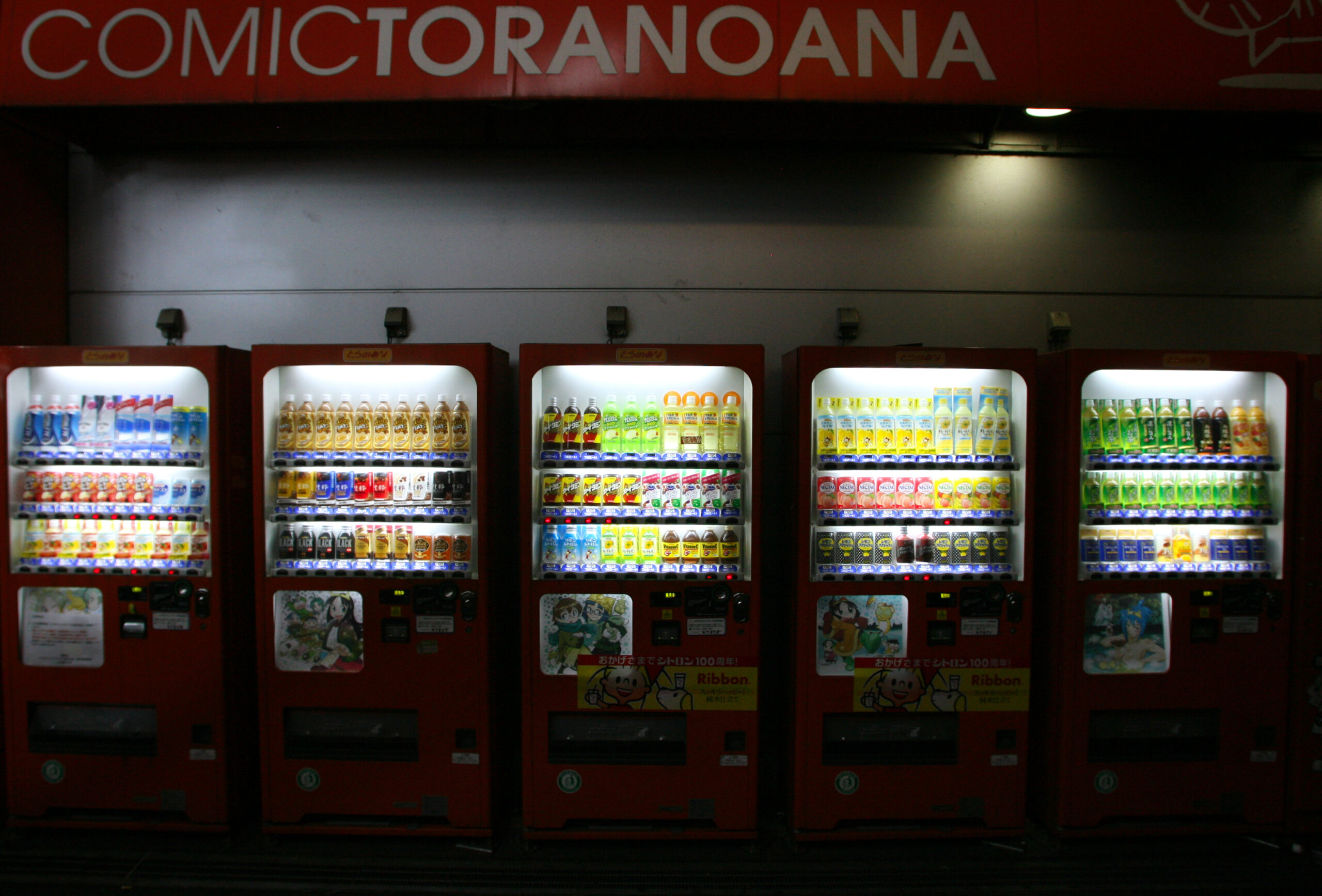 I’ve actually been to Japan 3 times. I only count two, but my passport says otherwise. I got stranded for a night returning from Singapore when my flight got canceled during my connection at Narita. United Airlines put me up in a hotel for a night. Back in 2008, that meant I headed straight to the bar. I ended up drinking about $100 of Japanese Scotch. Which was delicious by the way.

Early next morning at the airport (hungover), I searched for fluids to begin the healing process. No stores were open. This only led me to Vending Machines. And so an obsession began. This was the first Japanese Vending Machine I met.

Last year, I returned to Japan for my first real trip and I vowed to pay homage to these glowing, robot-like machines. I frequented them often. I tried almost everything I could. And completely sober, I realized I had a greater appreciation for them. So one night in Tokyo, around midnight, I ventured out to find the perfect vending machine(s) shot. And I think I found it. I even wrote about it and submitted it to the New York Times.

Now I’m back for a 3rd time, feeling like an expert on Japanese Vending Machines – eagerly submitting my shots to the Flickr Group with the same name. I confidently select any beverage – it could be tea, coffee, a cola with gel bits, juice, an energy drink. Even a beer if that’s what you fancy.

I still have a few days left and I’m still looking for ‘the’ vending machine to photograph. It’s like a pilgrimage at this point. I may find it on this trip, it may take several more. But along the way, I’m enjoying every minute of it – camera in hand and selecting a beverage that never fails to surprise. That’s what exploring is all about.