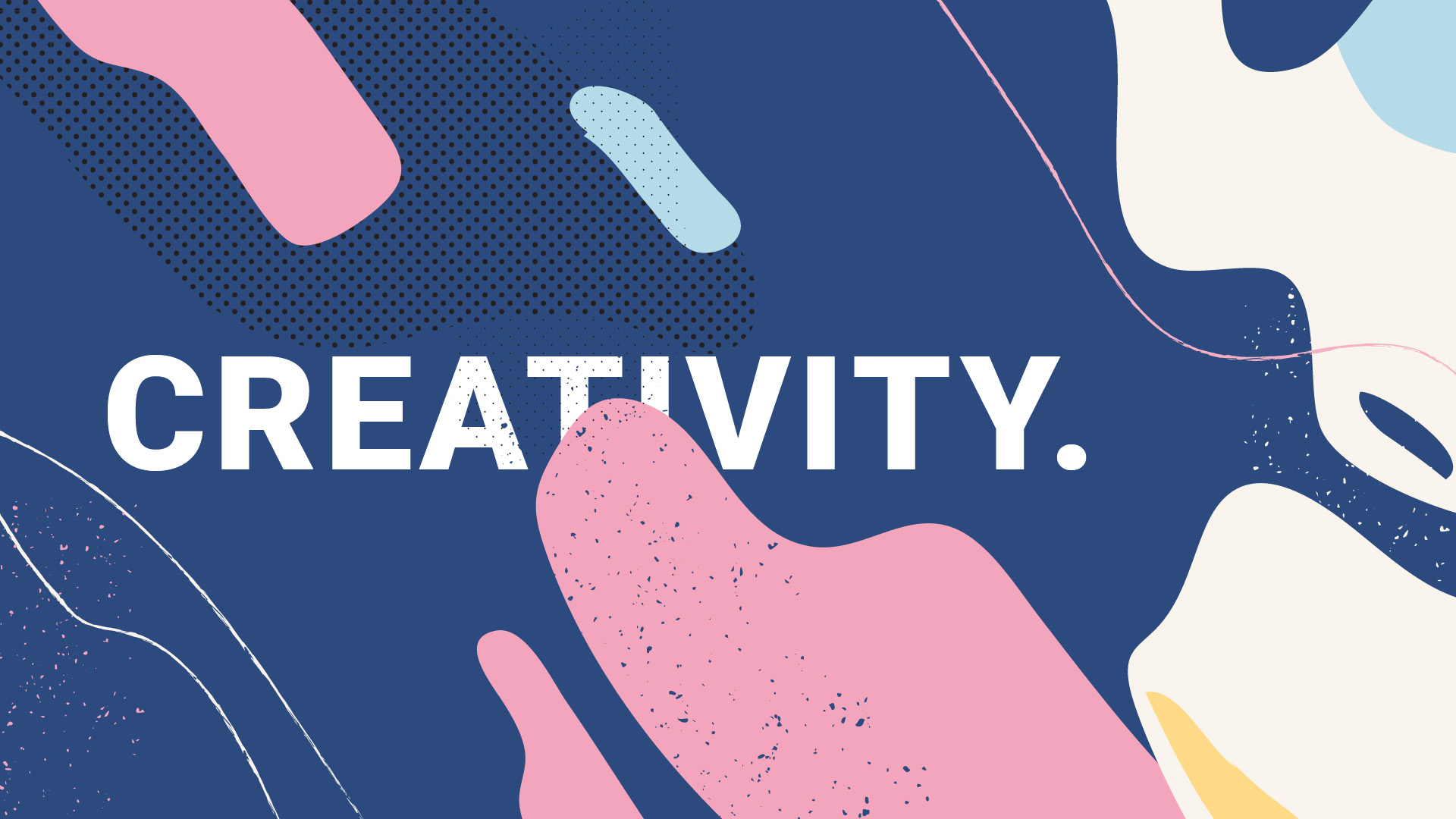 This is the practicum summary I wrote my final year as an Anthropology student, back in 1999. I wrote a little bit about this project, HERE. This is full summary below. I found this the other day. Had to share – enjoy.

Project Conception:
The project idea was first conceived during the spring semester of 1998. Over the summer, initial analysis of the Historic Ransom Place neighborhood took place. In August and the beginning of the fall 1998 semester, I met with Elizabeth Kryder-Reid to discuss creating an exhibit for Historic Ransom Place. From that point forward, Dr. Kryder-Reid served as my practicum advisor. In addition Dr. Susan Sutton, Dr. Jeanette Dickerson-Putman, Dr. Eric Bailey, and Hilary Kahn provided valuable assistance during the planning stages. With superb guidance, I was able to research and explore the history of Ransom Place and the jazz heritage of Indiana Avenue.

Project Goals:
The project goals can be categorized into three areas: (1) To educate the IUPUI campus, including student, faculty and university employees, of Historic Ransom Place and Indiana Avenue including its rich heritage and importance in the overall history of Indianapolis, (2) To promote future collaborations that involves both community and university through a student initiative. In this case, it was to help strengthen ties between the Historic Ransom Place Museum and the IUPUI Anthropology Department and Museum Studies Program, (3) To further investigate my own interests in visual anthropology through an exhibit project documenting the neighborhood life of Ransom Place and vibrant jazz heritage of Indiana Avenue.

Content Experts:
In order to create a realistic and credible exhibit, I needed sources that were knowledgeable of the local history and area. Many individuals contributed from the surrounding area including Jean Spears from the Historic Ransom Place Museum, Phyllis Jones family contact of the Ransom family, Dr. Susan Sutton and her research on Ransom Place through Urban Anthropology, Dr. William Taylor, Gilbert Taylor, curator of the Crispus Attucks Museum, Dr. David Baker, Professor of Music in Bloomington and expert in jazz, Chuck Workman, who writes a column on jazz and hosts a local jazz radio program, the Indiana Humanities Council, the Indianapolis Jazz Foundation, the Indiana Historical Society, and the countless individuals who in some way informed me of the rich history in Ransom Place and/or Indiana Avenue. Many of these individuals guided me when needed and provided constructive criticism when necessary.

Exhibit Space:
With permission of Jean Spears, curator of the Historic Ransom Place Museum, I went ahead with plans for the exhibit. An important and first step was securing space for the exhibit. The IUPUI University Library and library contact Norman Brandenstein, arranged for space for the months of February (to coincide with Black History Month) and March 1999. The space included two display cases and the space in between each case. The lobby are in front of the display cases was perfect for the opening of the exhibit. Norman Brandenstein helped coordinate the installation and opening celebration. With the exhibit secure ahead of time, it allowed me to focus on other aspects.

Graphic Design/Photography:
An important part of the exhibit was the visual representation of the history and cultural side of Ransom Place and Indiana Avenue. Through an art Professor at Bloomington (Amos P. Kennedy, Jr.), who incidentally was working on a jazz book of Indiana Avenue, I was put in touch with a graphic design student at IU-Bloomington. This student, Andy Eltzroth, wanted to work on a challenging project that would enhance his portfolio. This meeting solved a difficult problem of creating professional, well-designed visuals for the exhibit. This solution also kept costs down, by eliminating expensive design firms. Professor Kennedy also offered constructive criticism from an aesthetic point of view. Andy Eltzroth was given credit for his work on this project from Professor Kennedy. This was a great example of working with people from different backgrounds. This allowed me to branch out into the design side of exhibit planning. A Herron photography student and friend, Shane Huffman, graciously documented the neighborhood and housing for the exhibit. His photos were extremely useful in the linking text with visual imagery. Shane was able to include this in his portfolio for graduate school applications. This was another area that was relatively inexpensive.

Funding:
It was vital to secure some form of funding for the exhibit. Money was needed for photocopying costs, photographic reproduction costs, and various installation costs – such as foam core, spray mount, and adhesives. Jean Spears and the Historic Ransom Place Museum graciously provided initial funding. Later into the semester, Dr. Kryder-Reid and Dr. Jeanette Dickerson-Putman kindly submitted a grant to the School of Liberal Arts for this exhibit. An award was given from Student Technology funds. The project would not of occurred without this funding.

Public Relations:
Through the University, publicity shots were taken of the exhibit including poses with myself, Elizabeth Kryder-Reid, Jean Spears and Phyllis Jones. A press release was also sent out to area media. Several of the local newspapers ran brief pieces on the exhibit, including the IUPUI Sagamore and local African-American newspapers such as The Recorder.
Exhibit Opening:
The official opening February 14th featured Jimmy Coe and his band playing jazz, neighborhood residents, and IUPUI faculty and students. The celebration also provided the Historic Ransom Place neighborhood an opportunity to bring in some of their own material on mounted panels – a temporary exhibit of sorts. These exhibit panels detailed many of the families not included in my exhibit and other issues that I overlooked. With strong attendance from neighborhood individuals, the two exhibits blended well. Myself, Jean Spears, Elizabeth Kryder-Reid, Dean Herman J. Saatkamp, and Jimmy Coe and the band members gave opening remarks. The afternoon was a huge success with individuals from the community and university interacted. The IUPUI Museum Studies Club supplied food and beverages for everyone in attendance. Many stories were shared that day regarding the neighborhood and jazz history. This opening, hopefully, was a step towards future collaborations between Ransom Place and IUPUI.

Student Reflection:
The exhibit process changed me as a student and person. At times this practicum tested my commitment to culture and people. At other moments it reaffirmed my deep interests in Ransom Place and Indiana Avenue. Overall it strengthened my skills as a communicator, researcher, and anthropologist. This project enabled me to branch out into an area that was quite unfamiliar to me (visual anthropology and museum theory), and challenged me to continually work harder and dig deeper. In many ways this was a labor of love. Proving myself to the local community through interviews, extensive research, and hard work, was a difficult but enlightening process. Through research I discovered much of the real history of Ransom Place and Indiana Avenue and the role of IUPUI in the depletion of the local community. At the 3rd Museum Studies Symposium in Bloomington, Elizabeth Kryder-Reid and I co-authored a paper addressing the real history and irony of exhibiting the local history on the IUPUI campus. I presented this paper with pertinent slides in an academic setting.

Importantly this entire experience has taught me to reflect and critique my own work. I have learned that like most major undertakings, these projects are a work in progress. Exposure to the history and new people changed me and in turn, changed my work. The tremendous support from the Anthropology Department and local community fueled much of the exhibit especially when tough decisions were needed.

The exhibit has also taught me to challenge myself as often as possible. It also instilled a new sense of confidence both academically and personally. As a work in progress, I hope to further research similar themes using visual anthropology as a tool – either through exhibit work, photography or film. It was important to me to graduate with a sense of accomplishment with university and community life. I am more than happy with the end result of the exhibit. Most of all, I am overwhelmed by the people that encouraged me and donated so much of their time. Their faith in me has been the best experience of my college career.