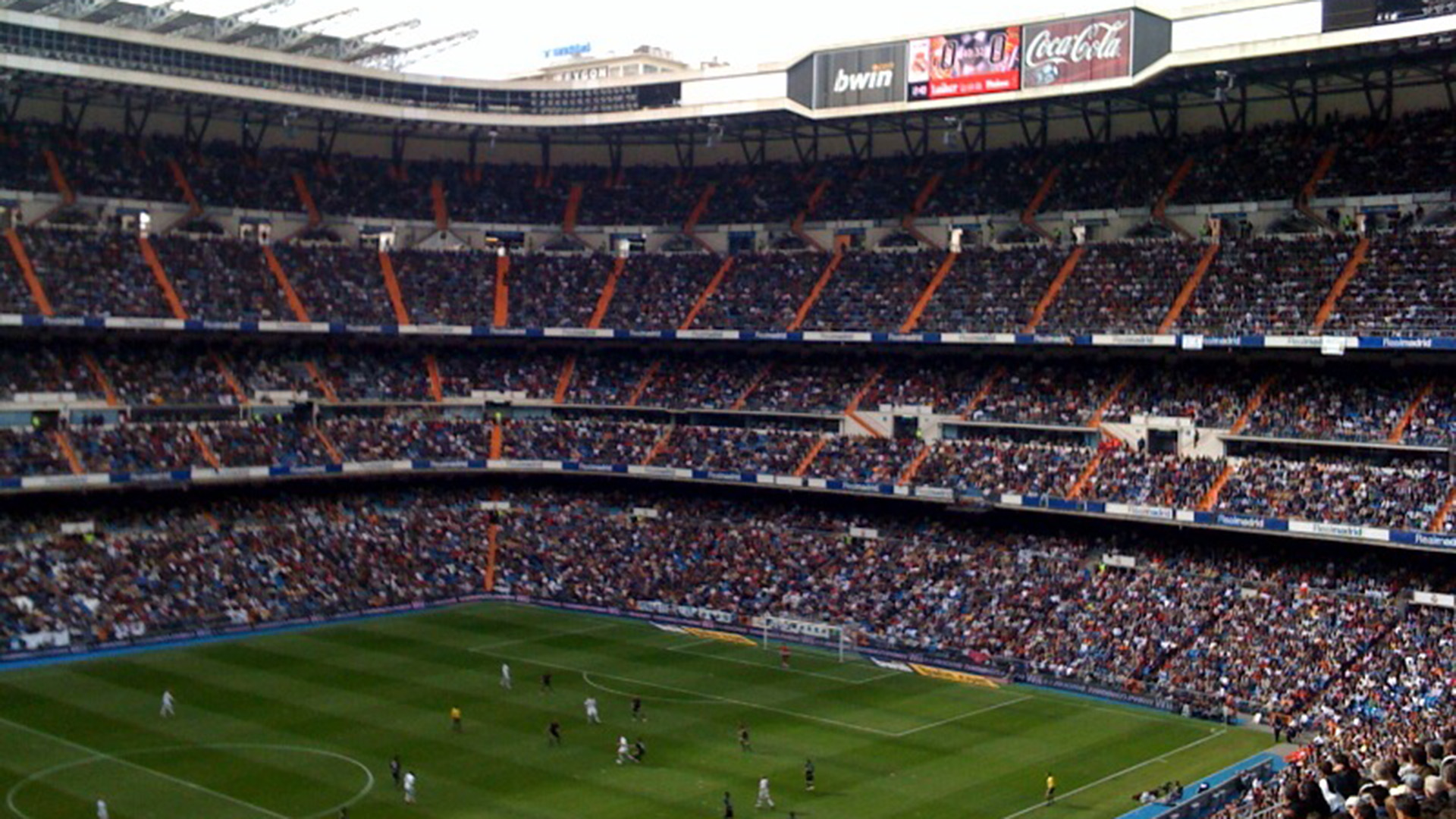 I played forward in soccer. I scored plenty of goals – tap-ins, PK’s, headers, volleys, lucky, brilliant, mediocre and one unforgettable one. This is the story of that unforgettable goal, written by my teammate and very good friend 8 years ago. I saved it for a reason.We’re still friends for a reason.

Let me summarize. I scored a goal 8 years ago. My friend who played alongside me, wrote about that moment and sent it to everyone on the team. I saved it. I sometimes read it if I was having a bad day. I also joked I would tell my (future) son about this goal. I wasn’t joking about that – and lately I’ve had plenty of bad days.

So here is the story. A story about me, about great moments, about taking risks, about the unexpectedness of life and the love of friends. Oh, and the beautiful game. Enjoy…

As I grow older (yes, 36 – if you didn’t know), I find myself being much more reflective. Somewhere down the road I will think back on last Saturday night and I will smile at the thought of Alex on a mechanical bull, but as all memories go, I will forget the names of some of those involved and will remember myself behaving better (not bailing out on my friends).

Because as memories go, you can re-script the events just as long as you don’t share them with someone who really knows what happens.

Somewhere down the road I will look back on Sunday’s Hoosier Daddy game and again, a smile will come to my face, not only because we won the game, but this is one script that will not need to be rewritten, for sometimes, fact is greater than fiction.

You need to only think back to last week’s game to know the agony of losing in the final minutes. For some of us, the pain is greater because I still see the winning goal ripped past me in the final minute to lose a game that should have at least been a draw, and my goal should have been a highlight, but losing seems to always take the luster off the positive. I mention this for two reasons, one so you can join with me in swallowing a bitter pill and two, so I could mention my goal again, which until yesterday, could arguably have been the best goal scored by a Daddy.

This may be a game summary like no other, but to give a score, and leave it at that would not do justice to the Daddy’s finest hour. So I find myself writing an email that is a cross between Oliver Twist, a Rick Reilly column, and a screenplay for The Natural.

Surprisingly, I was the first one to arrive yesterday, which gave me a chance to make small talk with our opponents (and we all know how much I love to do that). The Turks not only seemed confident, it’s that air of confidence that they have about them, when I don’t see why they would be, that always gets under my skin, but they had a starting eleven show up before I saw my first teammate, which was Joe, who commented how he hated playing games under these conditions, a cloudy spring day, the kind of day when you add rain, that Roy Hobbs would knock the cover off the ball, but we’ll get back to the stuff of legend later on, now we’ll introduce our hero (but I’m already there at the game your thinking – remember, even as I look back on this day years from now – I will still only be Fagan, it’s the English lad that deserves the book is named for).

Dickens had his Oliver twist, and on this day we had our Daniel (or D-Boy, Danny, D8, or any mispronunciation of Incandela that you may wish to go with), as he showed up with the other members of “The-I-did-shots-until-dawn-the-night-before-at-the Ugly-Monkey-Posse”, you had to be suspect of the effort that they would be capable of on this afternoon. Though there had to be a sense of relief when the first thing out of his mouth was “I came out of the womb into this weather.”

As the team warmed up  – I was asked what formation we play with 9 guys – not a question that as I coach I wanted to ponder, but everyone rolled in on time so we could start the game with eleven, and looking at the sheet white faces of some of my teammates – we could have probably played 13 to start and still been out manned.

The first half was typical Daddy stuff, they attacked and we boarded up the Alamo and waited for Poncho Villa, our new keeper did a nice job, and made me laugh by telling me that it was OK for me to tell him what to do – if only he had known I was about to spend the next 90 minutes doing just that and seeing how many times I could say the F word – but the defense played well and the offense generated some nice attacks early on.

Two-thirds of the way through the first half we had a dead ball about 30 yards out in front of their goal – I was thinking Beckham, but I was seeing the ball go into the parking lot, so I drove the ball low and hard, and out of nowhere Joe stepped in and directed the ball into the back of their net.

The rest of the first half was uneventful, except that Alex must have still been in rodeo mindset from the night before, so he hog tied one of their players in our penalty box – giving them a penalty kick, which was struck over the crossbar. So the score remained the same as we went to halftime.

Ten minutes into the second half they shot ducks in a barrel in front of our net – I was able to clear one off the line only to have “the happy Greek” as I’ve heard him called back heel one into our net, and then proceed to celebrate be doing the airplane towards the corner – too much celebration for that piece of sh*& goal, but it needed to be mentioned (it’s what we call in my business – foreshadowing.)

The game continued on and I’d have to say that I saw for the first time, in the last 25 minutes, our team actually knock the ball around and string together several passes at a time, but still I was worried, so as we entered the last 10 minutes I began stalling at every opportunity because I thought a draw would be just fine.

But that’s why I’m only one of Hrothgar’s men that might have been eaten by Grendel in this story if it had not been for our Beowulf, Daniel, because even after going down twice with cramps, he still managed to stay out on the pitch for the final minutes, and while I would have taken a tie, he took me, the team, and the game on his back.

Cue the music from The Natural. The referee had just told me that we were under two minutes when Daniel received a ball some 35 yards from the goal, this looked like it would be our last chance, I thought he should try to beat several men off the dribble to get off a shot, but he had other ideas, and my future memories are glad he did – because he turned and struck the ball and as it left his foot – it reminded me of my childhood standing up at Dodger Stadium to see if that ball would make it over the fence, the ball flew towards the goal and the questions started, will it make it over the keeper’s head, will it still make it under the crossbar, can it be, yes – fiction is dead. The ball sailed over the keeper’s head and into the back of the net.

Someday over beers I’ll argue on the greatest goal in Daddy history, not that there is much of an argument that can be made, but there is no argument over the greatest goal scoring celebration in team history, winning the game wasn’t enough, but Daniel also had to regain his team’s honor which had been in question after being shown up by the Greek’s goal (remember the foreshadowing) and I later found out that he and Daniel have history, so Daniel took off his shirt off ran to the sidelines jumped on the back of a pickup and raised his arms (really, I can’t make this stuff up).

This one goal, by one man, on one day, restored hope to a team that needed a shot in the arm after losing the Scottish core that brought the team together, but with their absence we had lost their identity. Now picture Nicholson holding an axe and saying “I’m back.”

And for this day – we were back. This is one memory that down the road I won’t have to remember differently – because as it stands, it was just perfect the way it was.