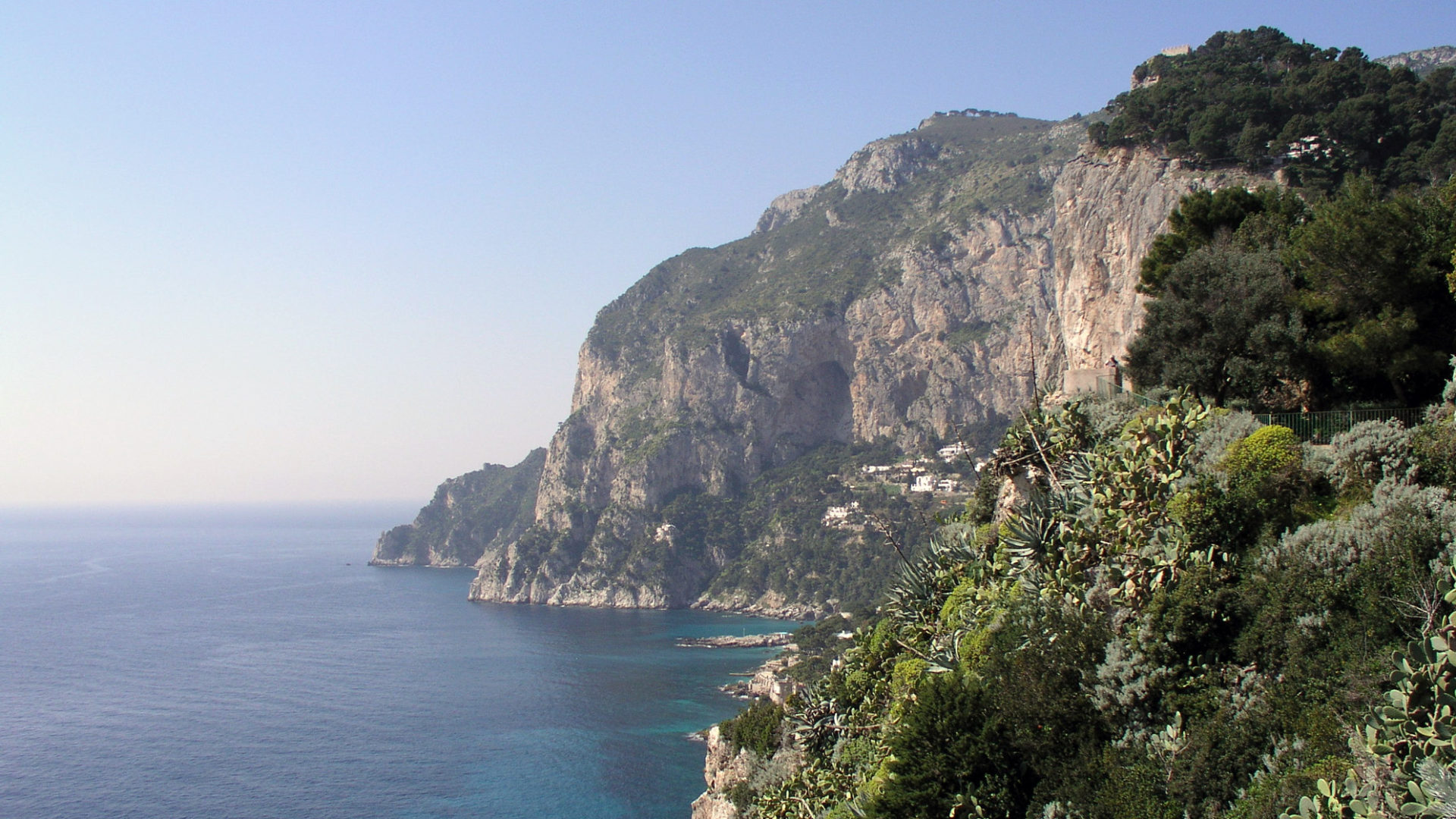 I felt compelled to write tonight, but I was suffering from writer’s block – so I turned to Flickr and picked one of my sets. I immediately saw my Capri photos and figured it might make a good story. Kind of like the Cuba one I wrote recently. So here goes.

I consider myself an incredibly lucky traveler. I’m purposely hapless.  I don’t really believe in creating concrete plans. I go with the flow. I like it that way. I’ve traveled with lots of people, and often I’ve sensed their anxiety when they’ve asked if this is the right train or if we have a room or where are we going to eat. It’s not that I don’t care, it’s just that I have faith that it will work itself out. Sound fun?

I was in Rome for work in 2007. I booked my trip purposely so I could stay a few days extra. While in Stazione di Roma Termini (train station), I went into a book store and grabbed some Italian travel books. I knew Rome. I had been to Sicily. I had been to Venice. But what about somewhere kind of random? I had never been to Capri or through Naples. Sign me up. A few days later, I was on a train from Rome to Naples.

Have you ever been to Naples? That place is a zoo. I had to get from the train station to the harbor. I hopped on a random bus and it took me in the direction of the harbor. I hopped off when I could see some ships and walked the rest of the way (I had no idea where that bus was really going). To this day, Naples represents some of the toughest streets I’ve ever had to cross. It was like an Italian version of Frogger. But I made it to the harbor and bought a boat ticket to Capri. So far so good.

The journey was pleasant, even though I typically get terrible sea sickness. I was the only tourist on the boat – lots of Italian families, but no tourists. The scenery was stunning. I was greeted by this.

I got onto dry land and immediately noticed something. No taxis. No tourists whatsoever. No one clamoring for my Euros. Weird. But whatever, I took the bus up the steep hill on winding, narrow roads. I arrived in the main area. And it looked something like this –

Again no tourists. And really, a lot of shops were closed. And then I realized, most of the hotels were boarded up. Actually, all of them were. Zero tourists. Most everything closed. It dawned on me: This moron had come to Capri during the off season.

I remained calm. I mean, there had to be a hotel open. So I walked with my suitcase across cobble stoned paths. Up hills. Down hills. Through alleys. Around corners. Past fields. Up/down rugged steps. I did this for 2-3 hours. Exhausted. Sweating. Weary. I had blown it. And I had ventured a least a mile from the main area. I was surrounded by homes. Standing in narrow walkway. Sweating, stinky, hungry and a headache from dehydration. Game over.

I made my decision. I would head back to Naples and hop on a train to Venice. I could sleep on the train and put this all behind me. I’d find a hotel in Venice and enjoy the museums, cafes, etc. I was beyond exhausted. I was at my wits end. I had given up. I lost. I was upset but had accepted this fate. I looked up and saw a man coming towards me. My normal poker face was gone, I didn’t care if I communicated my desperation, disappointment, depression. He stopped and spoke English. And saw my suitcase.

I am a purposely hapless, but lucky traveler. This man pointed to the house I was standing in front of and told me it had rooms for rent.

I almost wept. I thanked the man. Met the new family. Paid my 75 Euros for a night and went into my room. And this was my view.

I spent the next 3 days exploring the island. I found a few restaurants that were open – delicious Italian cuisine. I napped. I took photos. I visited a barber shop for a shave. I read. And I spent hours sitting on this cliff relaxing.

I look back now and laugh. And since then, I have had tons of incredible travel experiences, some hapless, but most of them perfect. I consider myself lucky. And I’m OK with that. Just don’t expect a lot of detail if you’re ever traveling with me.