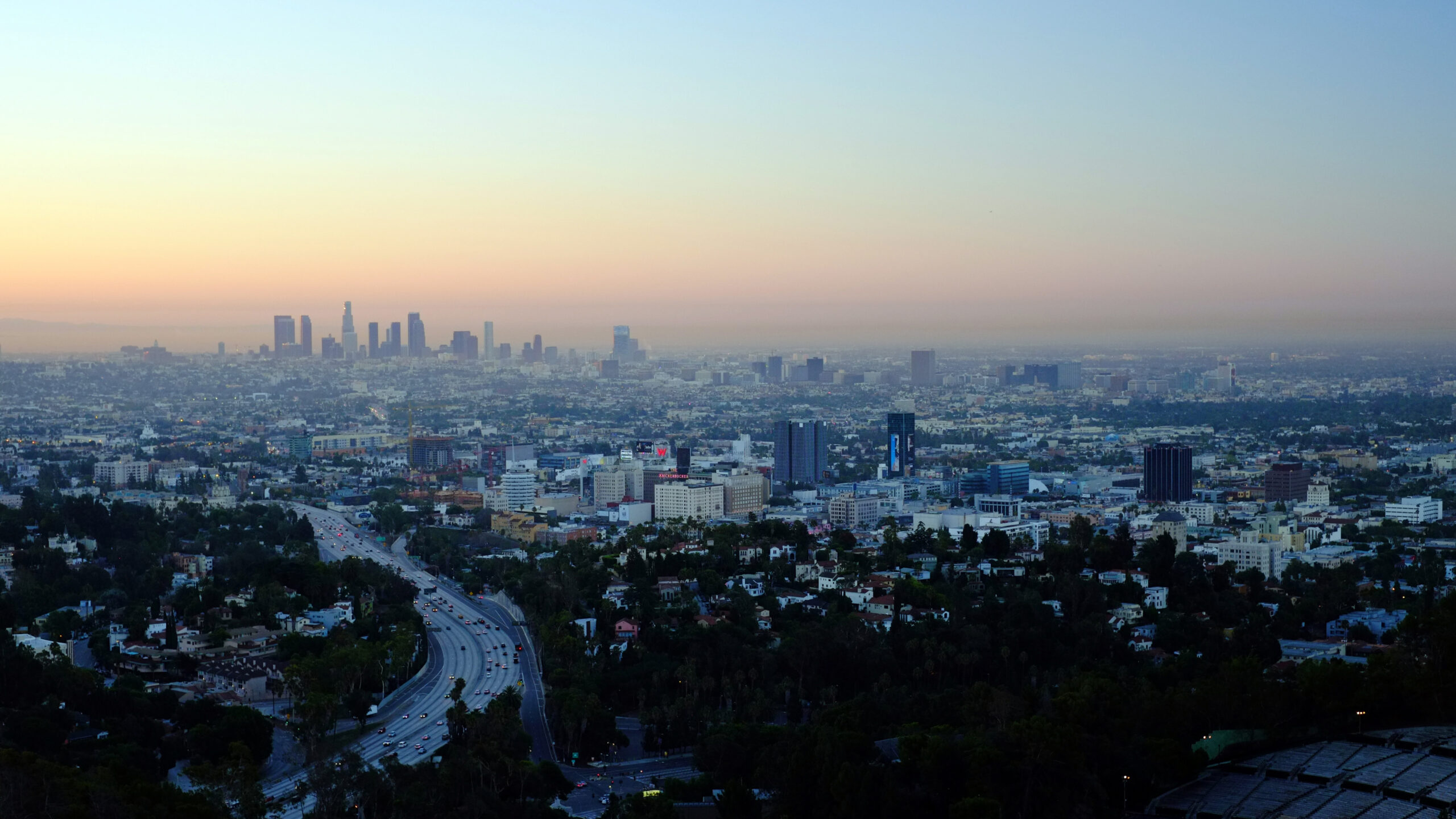 One of the perks of overseeing a video shoot, is that you always gravitate to the most scenic areas. Most often you’re in these spots during a sunrise or sunset, capturing the beauty. If you read my Toronto post, you’ll know what I mean.

Two months after writing about picking my next camera, I found myself in Los Angeles with my brand new Fujifilm X-Pro 1. I’ve had this camera less than a week, so I spent a lot of the flight reading and testing things out. And of course, deleting lots of images. But I landed in LA with the basics.

The day started at sunrise, overlooking downtown Los Angeles and the Hollywood Bowl.

As the sun rose and intensity of the cars below increased, I felt at ease and relaxed peering down on the hustle and bustle. I also stumbled upon this old airstream that caught my eye.

From there, we headed over to Santa Monica (with lots of traffic) to grab more footage. Here I snapped a picture of this kid on rings. I don’t typically take photos of people, but he was incredibly nice and extremely talented as he swung and danced in the air. I like this shot because it shows his athleticism and the composition of the shot feels very tunnel like.

We spent some time in downtown Los Angeles and then headed up to Griffith Observatory for the sunset shots. I felt incredibly lucky to have started and ended the day with the sun. Even better, holding a camera.

The Griffith Observatory is one of the coolest places I’ve ever seen, so I took some time to explore and find details that drew me in – the architecture, the signs, the terrain and the way light changed its look.

I’ve enjoyed shooting in black and white, and the above shots turned out nicely. I gained more confidence with my new camera and began experimenting with the countless settings and manual options. It provided that creative zen moment.

Our day ended as the sun set, right as my camera battery was dying, and our 2 video cameras captured unique sunset shots…