For those of you that don’t know me, I’m especially fond of photography, awkwardness, science fiction and geeky stuff. And if you do know me, then you probably guessed that I was at Gen Con today. It’s the perfect blend of all of the previously mentioned fondness in an environment that is completely positive, open, and a general feeling that is just pure. Everyone is so nice and excited to be in this environment. And for the 5th or 6th time now, they’ve let me intrude with a camera and snap away. Here are all of the 100+ photos I’ve taken.

The last couple of times I’ve taken my son Oliver, a massive Star Wars and Super Hero fan.  He and I geared up for another adventure. It doesn’t get much better for a father and son.

One of the first people I noticed was this Faceless Woman. It’s actually Rachel from Greenwood and she made this whole costume up. There was something about it that I loved – perhaps the synthesis of traditional Japan dress with an anime twist. I don’t know, it did it for me.

But it didn’t stop there. There were (always are) some very unique costumes. 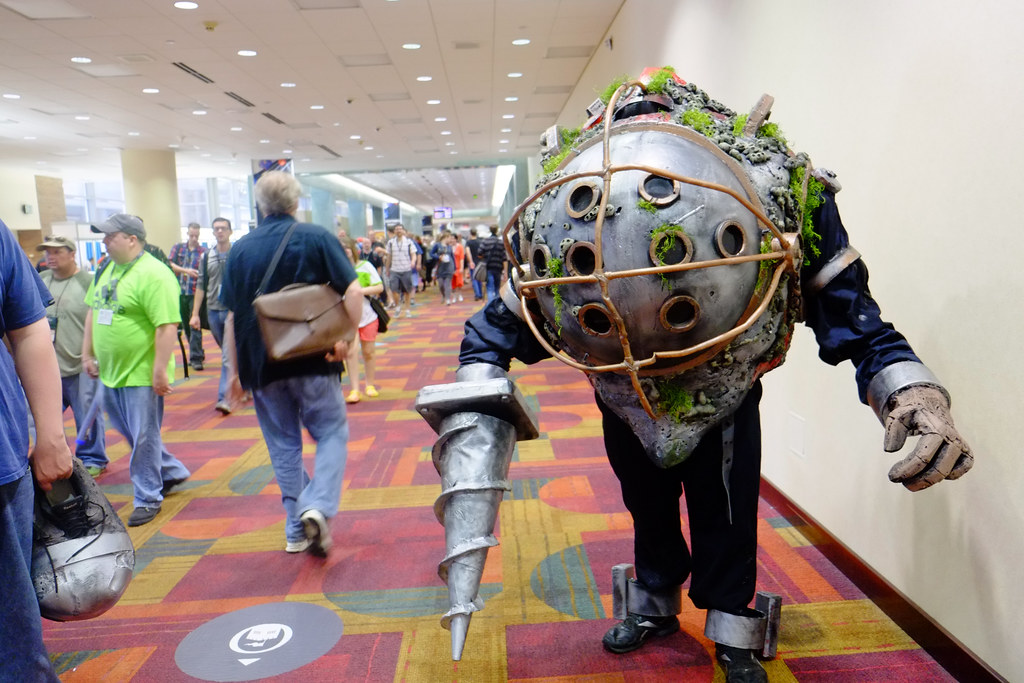 And plenty of sleepy heads. 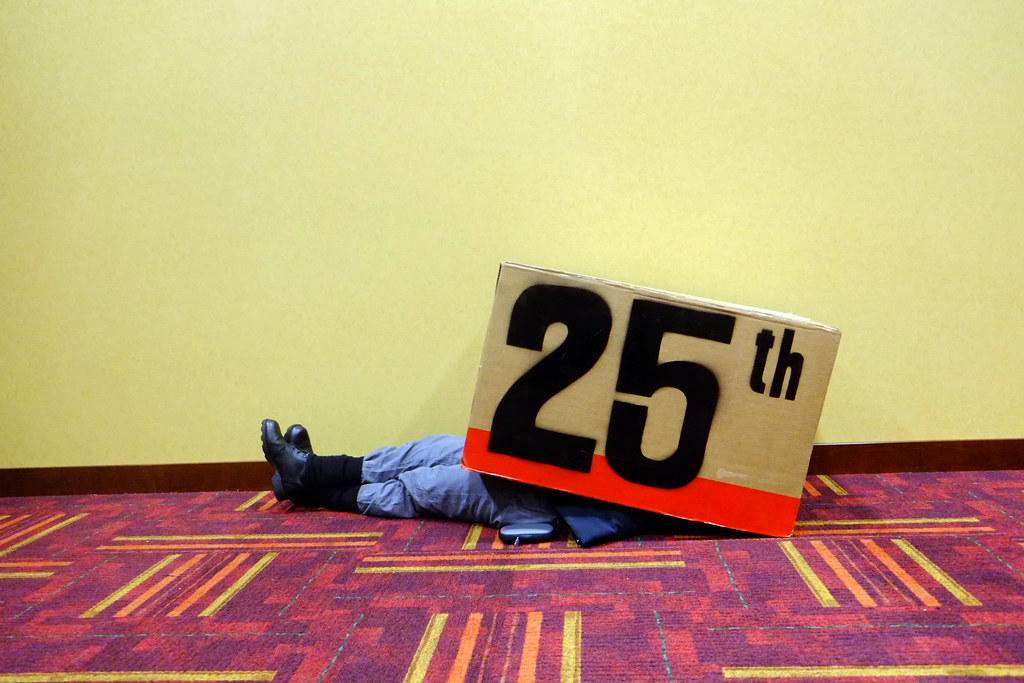 And of course Star Wars characters. Which makes me and Oliver very happy. This is him with his focused look.

I often felt out of my element because I know so few of the characters. For instance, how did I not know about this female character with a cloud above her head? I’ve got some work to do.

Oliver and I did about 10 laps of the Convention Center looking for our favorite characters. We said hi to all of the Star Wars people, Batman, Spiderman, Iron Man, Thor, Captain America, and then about 57 other characters I didn’t know. EVERYONE is so nice.

We ourselves were also tuckered out. Not from 42 straight hours of Dragon Age Origins, but from so much wandering and socializing. It was time to head out. Oliver however, had other ideas.

He asked for my camera. Put it around his neck and told me he was going to take photographs now. I gave him some very quick pointers and he snapped this.

In the middle of us continuing our Gen Con tradition, he picked up something near and dear to my heart in photography. He walked around more snapping away and I followed with lots and lots of pride.

Photography is the healthiest, most spiritual and most creative thing I do. Having my son discovering photography for the first time is something I will never forget.

Thank you Gen Con and all of the wonderful attendees. See you next year – with 2 cameras.